PSOE and Cs repeat pact in Alcaucín, although the Mayor's office will be for the socialist candidate Agata González 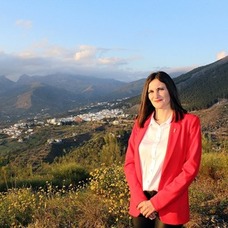 PSOE and Cs repeat pact in Alcaucín, although the Mayor's office will be for the socialist candidate Agata González

The political formations of the PSOE and Ciudadanos in the City Council of Alcaucín, with four councilors each, will govern in coalition during the next four years in the municipality. At least, this was agreed by the leaders of both parties this morning. In this way, the socialist group and the orange party repeat the pact four years ago, with the difference that this time it will be the PSOE candidate, Agata González who occupies the Mayor's office, instead of the head of the list of Cs and current acting councilor, the Belgian Mario Blancke. González will thus become the first mayor of the municipality in the history of democracy. During the last four years the mayor has bee

The pact between PSOE and Cs, which will be signed this afternoon, foresees that the position of first deputy mayor will be for Citizen candidate Mario Blancke, who was already presented in 2015 with this same formation by a mandate of the Asociación Salvemos Nuestra Houses in the Axarquía (SOHA), composed of owners of irregular houses in the region, with the aim of managing from within a solution for buildings built on undeveloped land. As the first deputy mayor, Blancke will maintain the competence in urban matters.

The candidate of the PP, Domingo Lozano, who a priori had the key to the government has not been able to make a pact either with PSOE or with Cs, a formation that came to him asking for the Mayor's Office. The opposition will consist of PP, with two mayors, and PMP, with one.