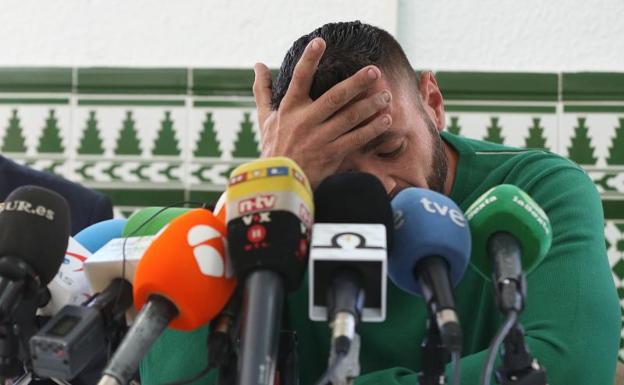 The defense of David Serrano, the only one investigated for the death of the boy Julen when he fell into a Totalán well last January, alleges that he cannot ?sustain? the accusation of serious reckless homicide against his client, since in his judgment no There is no crime or imputability.

In the brief of provisional conclusions, to which Efe has had access, the lawyer states that it was impossible to have foreseen the risk of Julen moving through such a small hole and that there was no negligence either because he advised the parents "several times".

His lawyer argues that there was an absence of infringement of the objective duty of care because he "covered the well with some corners" and considers it "impossible" for the accused to be watching the child, since according to the distribution of tasks of that day it was the parents who They had to be in their care.

For the lawyer of David Serrano, there is no crime "and even less imputability" and denies "flatly" the accusatory acts of the public prosecutor and the parents of the deceased minor, who accuse him of a crime of serious reckless manslaughter.

On Tuesday, the lawyer presented a bankruptcy to ensure that his client was technically in an insolvency situation and assured Efe that his sponsor could not "neither now nor in the future meet a debt that could amount to 1,500,000 euros, adding the concepts of civil responsibility and administrative sanction «.

Last September, the holder of the Court of Instruction number 9 of Malaga agreed to open an oral trial against David Serrano and imposed a bail to secure pecuniary responsibilities of 885,310 euros.

This amount is to respond to possible compensation in the event that he is convicted of a crime of manslaughter due to recklessness and the magistrate set the bond based on the estimate that the Junta de Andalucía made of the cost of rescue work (663,982.45 euros ).

The judge agreed to the oral trial by attending rational indications in relation to the perpetration of a crime of manslaughter due to serious imprudence.

The prosecutor in his accusatory brief states that Serrano was "the only connoisseur of the presence of the well" and "knowing all this and the lack of adequate and adequate protection, did not take any means to avoid any possible harmful result, putting danger the life of the two minors; his own daughter and Julen, who finally fell for him ».

As a result, he has requested that he be sentenced to three years in prison for serious reckless homicide, while Julen's parents raise their petition to three years and six months in prison by pointing to "extremely serious" negligence.